Antibiotics provide a great advantage in the treatment of infections caused by human pathogenic bacteria such as Streptococcus pneumoniae and Streptococcus agalactiae. However, due to their widespread use, the number of resistant bacterial strains is increasing 1, leading to an urgent need for the development of new antibiotics. Several approaches have been taken to identify new antibiotics where naturally occurring compounds are found to be the most promising ones. Here, small antimicrobial peptides such as lantibiotics are excellent candidates because they exhibit high effectivity against various Gram-positive human pathogenic bacteria including Streptococcus pneumoniae and several methicillin-resistant Staphylococcus aureus (MRSA) strains.

The best characterized lantibiotic is nisin, a 34 amino acid long peptide rpduced by some L. lactis strains. Nisin displays high activity against other Gram-positive bacteria.  The producing strains express two proteins which confer immunity against their own lantibiotic. These are the lipoprotein LanI and the ABC transporter LanFEG (Figure 1). In the case of nisin from L. lactis these proteins are called NisI and NisFEG.

When expressed simultaneously full immunity is achieved. Nisin is characterized by fie lanthionine rings of which the last two are recognized by Nis I as well as NisFEG (Alkhatib et al 2013 and 2014).

Figure 1. Representative gene clusters of selected class I and class II lantibiotics. The selected examples are nisin, subtilin, epidermin, Pep5, epilancin, lacticin 481 and lactocin S. Genes with the same function are presented in identical colors. Operons associated with a transcriptional promoter (constitutive promoter) are highlighted by a red arrow, while arrows with ✦ refers to a regulated promoter.

The lipoprotein NisI display a dual mode of action. First is binds nisin, which keeps it away from the membrane. Secondly it induces cell clustering of the L. lactis cells. This clustering results in immunity and is reversible when the  nisin concentrations decreases again (Alkhatib  et al 2014).

Figure 2: Phenotype visualisation of L. lactis cells using the NZ9000Erm, NZ9000NisI and NZ9000NisI∆22 strain. The different strains were grown until exponential phase (OD600 = 0.5). During growth different concentration of nisin were added (0, 1, 10 and 30 nM). The cells were transferred and fixed onto a coverslide and the cells were visualised using a Nikon eclipse Ti microscope. The chains were counted and categorized in different classes. Class 1 consists of 1-2 cocci (black bar), class 2 consists of 3-5 cells (grey bar), class 3 consists of 6-10 cells (dark grey bar), class 4 consists of 11-20 cells (light grey) and class 5 consisting of >20 cells. For each sample the number of counted cells per area was > 50. In total after scanning five different areas at least a quantity of >500 cell chains were observed.

Figure 3: Representation of the proteins of the nsr operon from S. agalactiaea.

We solved the three-dimensional structure of a nisin resistance protein from Streptococcus agalactiae (SaNSR) at 2.2 Å resolution. It contains an N-terminal helical bundle, and protease cap and core domains. The latter harbors the highly conserved TASSAEM region, which lies in a hydrophobic tunnel formed by all domains. By integrative modeling, mutagenesis studies, and genetic engineering of nisin variants, a model of the SaNSR/nisin complex is generated, revealing that SaNSR recognizes the last C-terminally located lanthionine ring of nisin. This determines the substrate specificity of SaNSR and ensures the exact coordination of the nisin cleavage site at the TASSAEM region.

(a) Schematic illustration of the domain organization of SaNSR indicating the domain borders and catalytically important residues (His98 and Ser236).

(b) The overall structure of SaNSR monomer in a cartoon representation. The N-terminal helical bundle is depicted in green. The protease cap and core domains are highlighted in red and grey, respectively. The catalytically important residues and the highly conserved “TASSAEM” region are depicted in blue.

Furthermore we investigate the function of Nsr and NsrFP in vitro and in vivo using different biophysical and biochemical techniques. We aim to understand the unlying mechanism of lantibiotic resistance in human pathogenic bacteria. Especially the interplay of Nsr , NsrFP with the two component systems and the specificity of the system against nisin and other lantiobitics. 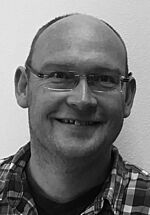